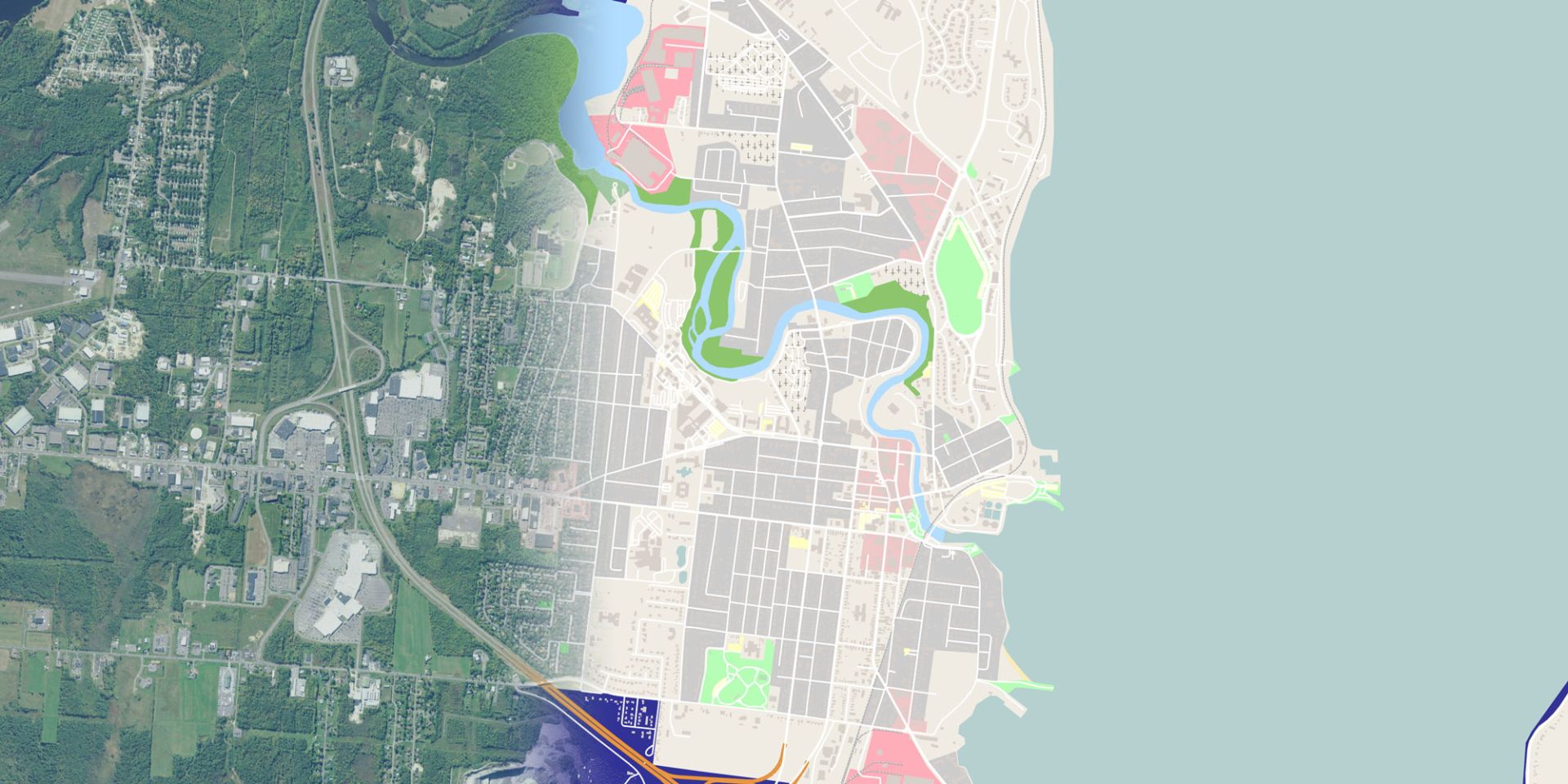 Vector vs. Raster for Geospatial Mapping

Vector data is described as lines, points, and areas. As these shapes can be made up of any number of points, even into the tens or hundreds of thousands, they’re more complicated to render than imagery. Its complicated nature means it will often be slower to render than simple imagery. However, there are several advantages to vector map data:

- It can be styled in any way the application wants. A raster image is fairly static once produced, but a vector map can be rendered in any number of ways such as different color schemes for day and night.

- It’s more space-efficient than raster data. A house that may take hundreds of pixels to render clearly in a raster map may only take 4 points in a vector map. The result is that a vector map that takes up 1 gigabyte of data, would take up hundreds of gigabytes if it was a similar resolution raster map.

- It’s more information-rich. A vector tends to have attributes associated with it describing the nature of its existence. They can be whatever the data producer wants them to be, road names, soil conditions, population information, water depth.

- It’s clearer. Almost all maps used for navigation are rendered in vector style with shapes and simple colors denoting what the area is. The human brain is more capable of processing map information when it’s been preformatted with distinguishable colors and styles. A user doesn’t need to see every leaf on a tree when all they’re looking for is the road.

Raster data, known as imagery, is described by a rectangular grid with simple information filling each cell. In simpler terms, it’s a rectangle filled with individual pixels of color. Besides color, raster data can also hold elevation information allowing it to describe the shapes of mountains, hills, and valleys.

Elevation data requires human-readable styling for display, like a color ramp associating different elevations with different colors. Raster data tends to be fast to display as the heavy lifting is already done by the data. However, since every bit of detail has to be prepared in advance, it can take up significant storage space as the resolution of the data increases.

Because of the much lower processing needed to render a raster image, using it can be the choice for lower-powered applications. One option to get the rendering speed of raster data without needing significant local storage is to adopt a map server-based approach. A central server, which can be isolated to your local network, serves resolution-appropriate images to your application. This way, it can handle the heavy lifting of the rendering and map storage for your application. Typically, these servers use an OGC standard WMS (Web Map Service) or WMTS (Web Map Tile Service) to provide the imagery to applications. These services can even render vector data into images for your application. This is how online map services handle their displays.